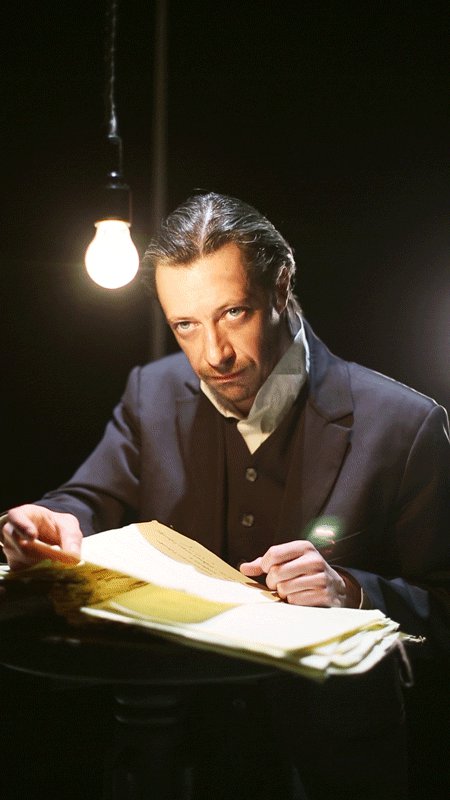 Distinguished Artist of Russia
Kirill was born in Tehran, Iran. As a child, he took classes at the theater studio supervised by S. Kazarnovsky, and graduated from a musical school. Completed his studies at the Shchukin Theater School (course taught by V. Ivanov) in 1994. In 1993, played the role of Quentin at Fomenko Workshop’s The Sound and the Fury production directed by Sergei Zhenovach.

Kirill was the first actor of Fomenko Workshop Theater who came to the theater “from the outside,” without studying with Pyotr Fomenko at the Russian Theater Academy.

Kirill is a popular film actor. He became widely known to the public after his parts in Georgy Danelia’s «Heads and Tails» film (1995) and the principal Russian blockbuster of 2000, Alexei Balabanov’s «Brother 2». He has composed musical scores to several Russian films.