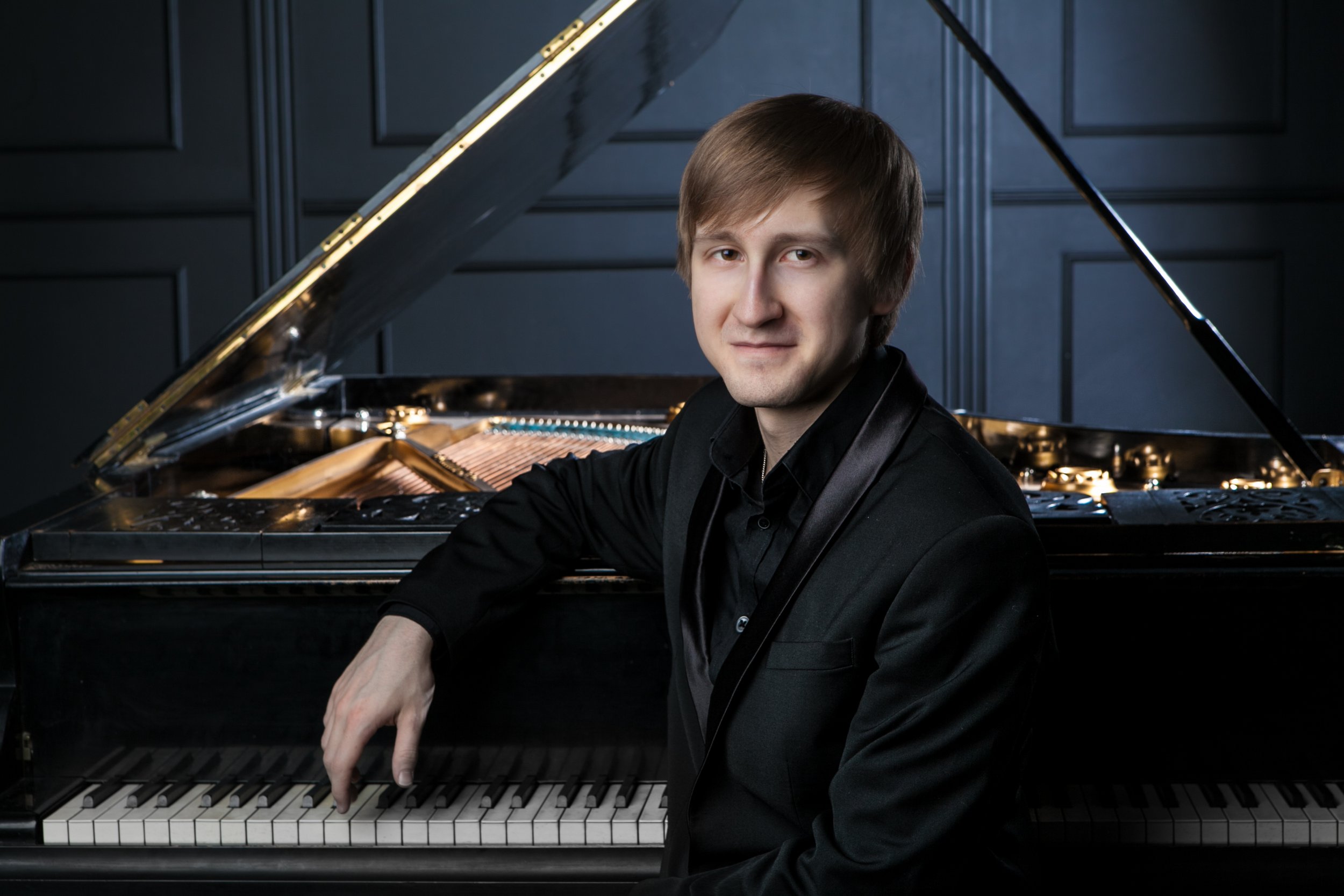 Fortepiano concert, running time: 2 h
Ticket price range 500—5000 rub.
On March 5, 2017, at 7pm, the New Stage of Fomenko Workshop Theater will host a concert performed by two outstanding contemporary musicians, Boris Berezovsky and Dmitry Masleev. This is the second time that our Steinway grand pianos will be on stage simultaneously.

BORIS BEREZOVSKY is a Russian, British and Belgian pianist, Honorary Artist of the Russian Federation. He has participated in the largest international music festivals in Russia, Germany, France, Switzerland, Austria, Slovakia, Japan, and the US. Boris regularly performs with the best international orchestras, which include the New York Philharmonic and Philadelphia Symphony, London’s Philharmonia orcestra, Danish State Radio Symphony Orchestra, Sydney Symphony Orchestra, Berlin Philharmonic Orcestra, Russian National Orchestra, and others. He is the winner of multiple prestigious awards, such as the International Tchaikovsky Competition and Leeds International Piano Competition, as well as many others. Boris Berezovsky is the proud bearer of the Steinway Artist title.

DMITRY MASLEEV is the triumphal winner of the XV International Tchaikovsky Competition (2015), where he received the First Prize Gold Medal. The after-victory tour brought him recognition of the global audiences, and lots of praise from the international media, which had called him a “great pianist of the future” (LaCroix), “brilliant virtuoso” (The Financial Times), and an “artist with metaphysical musicality” (NeueMusikzeitung). Dmitry has won many international competitions, including Adilia Alieva International Piano Competition at Gaillard (France, 2010), Premio Chopin in Rome (2011), and Antonio Napolitano at Salerno (Italy, 2013). In 2017, Dmitry will tour the United States, France and Germany. Boris Berezovsky has called Masleev an “unqualified revelation” and a “totally genius pianist.”