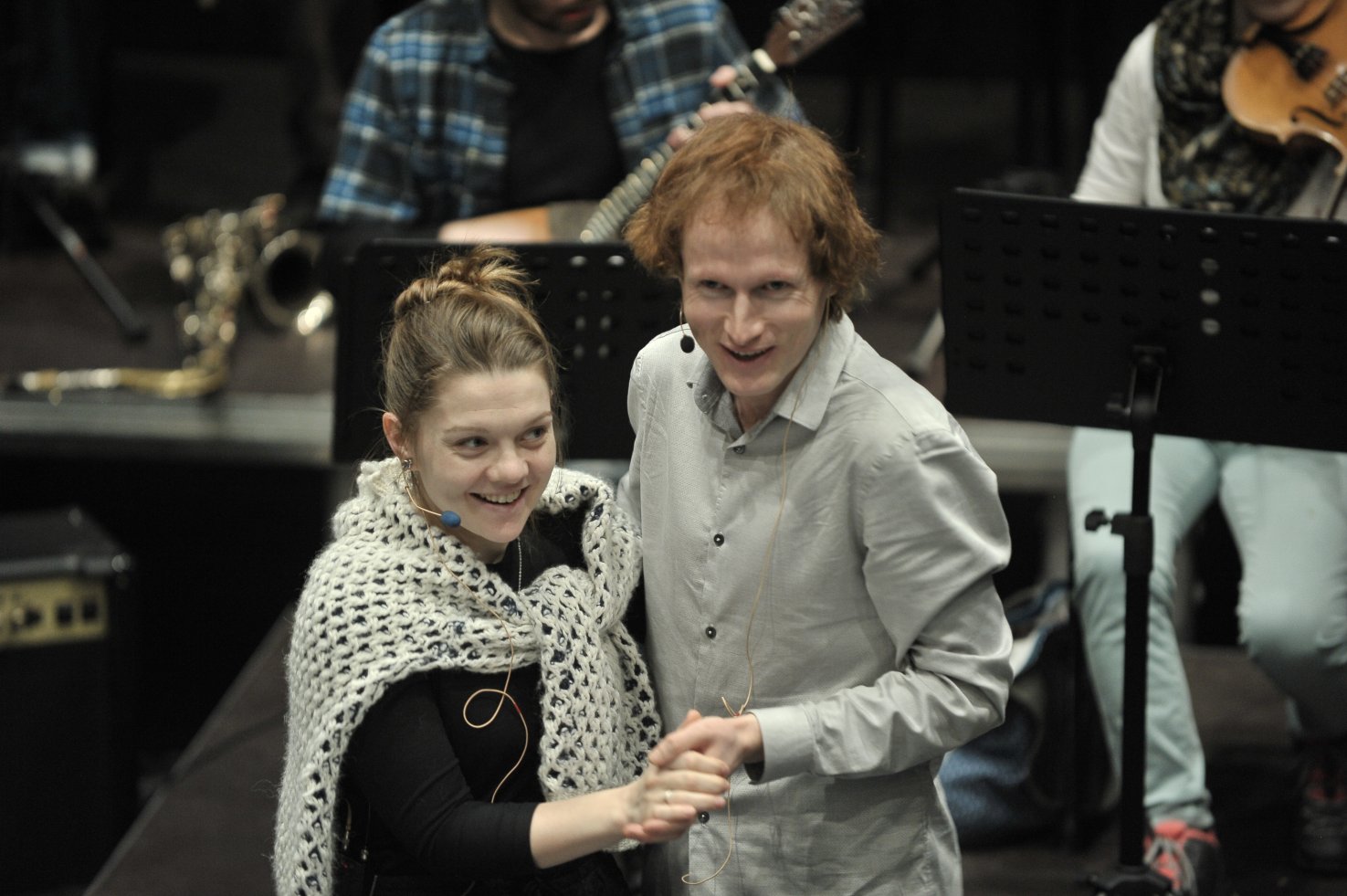 In 2003, Nikolai Orlovsky graduated from both the Russian Theater Academy’s drama department (course taught by B. Morozov) and the Moscow Conservatory (history and theory department, with major in music theory, taught by professor Yu. Kholopov). In 2008, he joined Fomenko Workshop Theater as both an actor and composer.

As an actor, Nikolai is a part of nine productions directed by Pyotr Fomenko, Evgeny Kamenkovich, Ivan Popovski, and others. As a composer, Orlovsky wrote music for Alice Through the Looking Glass production (stage director I. Popovski, 2008), and rearranged Paul Dessau’s music for Mother Courage production (stage director K. Vytoptov, 2016). The concert’s name speaks for itself. The concert will include both the vocal numbers (set to poems by J. Brodsky, Ye. Yevtushenko, Paul Éluard, and others) and instru-mentals ones, for different groups of performers, including the orchestra. Some of the pieces were composed by Nikolai “for no reason,” but the majority of compositions are a result of his work on stage productions and films. The evening will culminate in performance of the chorus from Pyotr Fomenko’s unfinished production Boris Godunov.

I still find it hard to believe that I work at Fomenko Workshop Theater, and that’s probably going to stay that way. It’s such a great thing, to be a part of theater, where everyone can attempt to bring their dreams to life on the stage. This time is my turn… I’ll be trying to perform the music, which has rarely been heard, and when it did, it wasn’t quite what I envisioned. To tell the truth, when all of this was just an idea in my head, I was very worried that no one will be interested, but… I am at loss for words and so grateful to everyone at the Workshop. This is the theater, where you can bring to life even your craziest ideas.
Nikolai Orlovsky